Menu
Menu
Home > Latest News > “The international community is nowhere to be seen in regard to the problem” in Cabo Delgado, says European deputy
Donate
Menu

The world does not see, or does not wish to see, what is happening in the province of Cabo Delgado in the far north of Mozambique. This is the view expressed by Paulo Rangel, a member of the European Parliament and vice president of the European Popular Party, about the situation currently unfolding in northeast Mozambique, where violent attacks by armed groups have already caused hundreds of deaths and left over 200,000 people homeless. This should be an absolute priority for the international community, he believes; instead, it barely seems to have noticed. 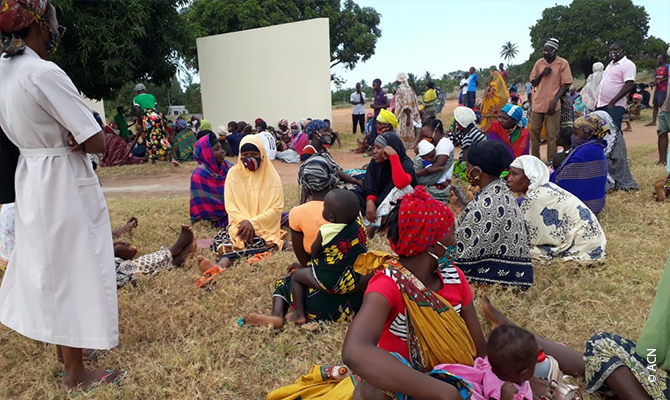 “It is already becoming late to act, yet it is better to do so now rather than later. Since 2017 we have been confronted by this re-emerging and increasing situation, yet the international community is absolutely nowhere to be seen.” Speaking to the Portuguese national office of the international Catholic pastoral charity and pontifical foundation Aid to the Church in Need (ACN International), Mr Rangel described the situation in the province of Cabo Delgado as “a powder keg” and appealed for help for the people affected by the violence, especially those uprooted and internally displaced, the people who have lost everything they have as a result of the attacks by these armed groups, who claim to belong to Daesh, or so-called Islamic State. 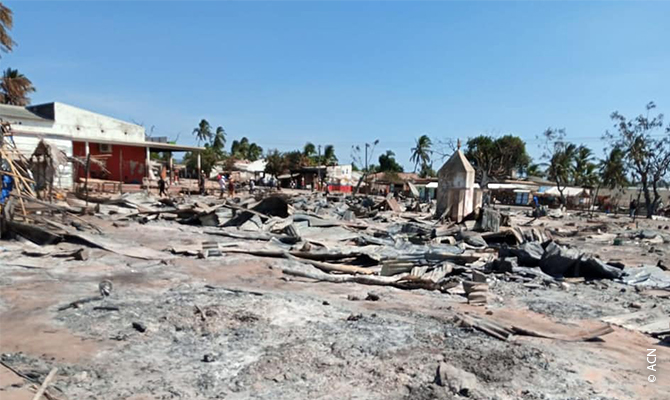 “What is happening at present in Cabo Delgado is that people are fleeing to the towns, where they believe the attacks will be less likely, because they have seen what is happening in the villages… At the same time this dislocation of the population is not just a direct result of the attacks on the villages and smaller towns but is even a reaction of panic, which is absolutely justified. As a result, people are fleeing for their own protection, even before being attacked.”

Paulo Rangel is at pains to emphasise, however, that this is not about a religious war. Both Christians and Muslims have been victims of the hatred of these extremist groups. And he emphasises the position of Bishop Luiz Fernando Lisboa, the Bishop of Pemba, in his statements on the subject. “The Bishop of Pemba has been absolutely clear in all his prophetic interventions and in all the appeals he has made – and he has been the great apostle of this cause: he has made clear that the Muslims are also suffering greatly. And the Muslim leaders themselves are extremely concerned.”

All the people are suffering from the violence; all of them are victims of the brutal destruction that has afflicted this region, which is already so poor. For this reason, too, the support of the international community is urgently needed. “We are talking about one of the poorest regions in the world”, the European deputy insists. “The people were already living in extreme poverty, facing grave difficulties. The problem is that at the present moment these people are facing the threat of death, of losing their homes, of becoming uprooted…”

Paulo Rangel described to ACN International the atmosphere of fear and extreme violence that has gripped the region. “At present we know that there are young girls who have been abducted and enslaved, forced into sexual slavery by some of these guerillas, these insurgents, these terrorists… We know that the recruitment of boys and adolescents, some of them very young, aged 14, 15, 16, is also happening. It is obvious that these young boys are under coercion. If they refuse to join the group, they could be killed…”

Nigeria |
7 August, 2020
Bishop Kukah: ‘Genocide is happening in Nigeria’
Systematic violence against Nigerian Christians by Fulani herdsmen constitutes genocide, according to a leading Catholic bishop who stressed that Muslims...
Pakistan |
7 August, 2020
Pakistan: Breakthrough for Maira
A Christian mother in Pakistan has achieved a significant breakthrough in her struggle to win back her abducted 14-year-old daughter...
India |
7 August, 2020
India: A matter of the heart
“Did not our hearts burn within us as he talked to us on the road and explained the Scriptures to...