As its publisher, we are pleased that we were able to continue the YOUCAT success story in 2019. So far, the Youth Catechism of the Catholic Church has been published or planned in 72 languages and the children’s edition, YOUCAT for KIDS, in 28 languages. The “Faith Course”, published for the first time in the autumn of 2019, was developed from the YOUCAT Study Guides. The free YOUCAT Daily app has also become a hit with young people. A daily topic from the catechism is delivered via smartphone in five languages. YOUNG MISSIO, a course for young catechists who want to pass on their faith to other young people, is currently being prepared. 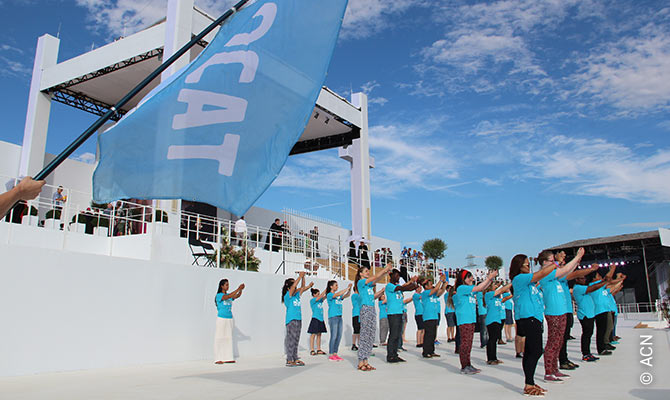 To help with pastoral work, ACN has enabled a special edition of YOUCAT for Africa and DOCAT for Latin America. The World Youth Day in Panama in January 2019 became the prominent kick-off to a social doctrine learning initiative in Central America.

I entrust you with the YOUCAT for Kids. Never grow tired of asking questions and talking about your faith. 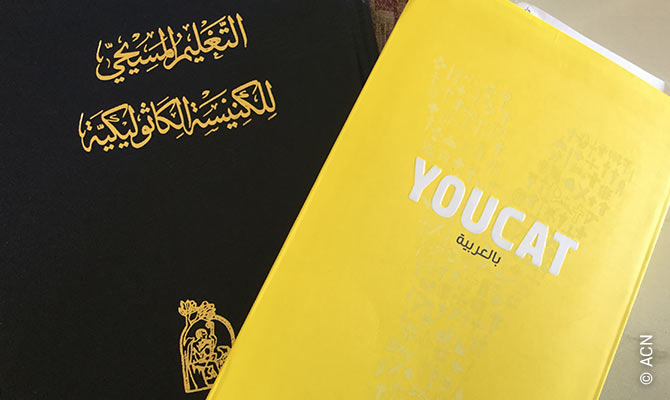 On www.youcat.org all details to the books such as the YOUCAT Daily mobile app can be found. It is also possible to order individual copies there.