Can there be peace in the Middle East? Many people no longer believe it can happen and are looking for a new home. But there are rays of hope, such as cease-fires, reconstruction and foreign aid. These are times in which wounds heal and hope revives. This is also true for Christians in the region. ACN has been active with aid projects for the Church here since the outbreak of war. In 2019 alone, 13.2 million euros were devoted to the Church in Syria and Iraq. A total of 16.8 million euros went to the Middle East. 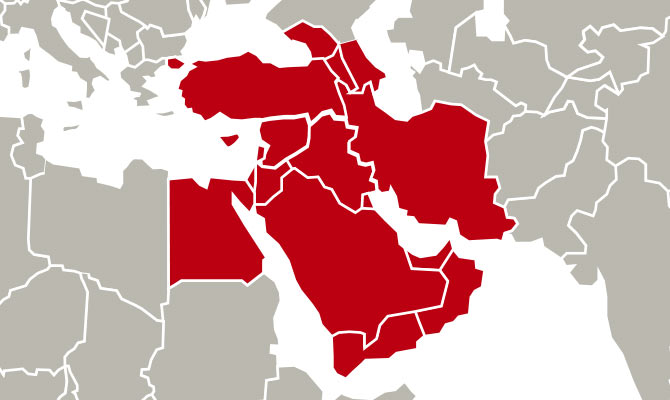 When the guns fall silent and eyes can once again look upward, the full extent of destruction in the Middle East becomes visible. The view takes in landscapes of ruined areas, mountains of rubble, concrete debris and craters of torn-open earth. This frequently also reflects the state of people’s souls. They are traumatised and most suffer incredible hardships, especially during the winter months.

The reconstruction of churches also restores the souls of the faithful.

In the early years of the war, when Christians were struggling just to survive, ACN saved tens of thousands of Christians through emergency relief projects. This solidarity and compassion gave many of them the courage to return and rebuild their home. But millions of refugees and displaced persons still remain in camps in neighbouring countries. Among them are many Christians. They too want to return to their homes and live their faith. And for that they need churches. In addition to emergency relief, ACN’s focus is therefore increasingly on long-term support for the reconstruction of the destroyed church infrastructure, for churches create identity and strengthen the faith in a better future.