Latin America was a continent in turmoil in 2019. In Brazil, Chile, Venezuela, Colombia, Ecuador, Bolivia, Argentina and Nicaragua, people demonstrated against violence, corruption, mismanagement and exploitation. They demanded social equality and the observance of basic human rights. In this situation of growing unrest, faltering governments and teetering institutions, the Church is the only mainstay for many people. After all, with nearly 500 million Catholics and despite the spreading influence of cults, Latin America is still the continent with the highest number of Christians. ACN helps the Church to ease suffering in local communities and offer hope to the faithful. 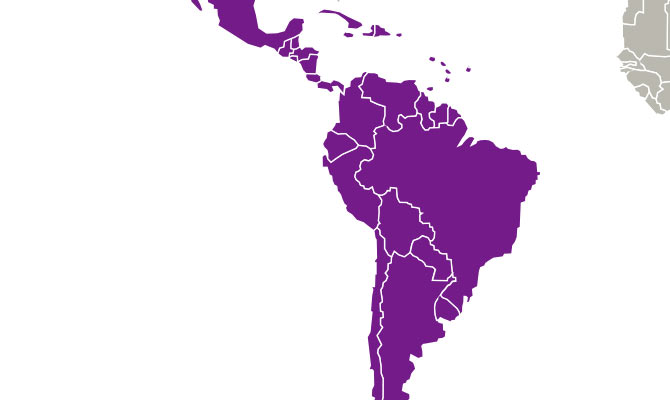 Most of the problems in Latin America are home-grown. As a rule, only the elites, foreign corporations and investors benefit from the wealth of its great natural resources, which include oil and lithium. Destitution is growing rapidly; more than 30% of Latin Americans live below the poverty line – and the rural population feels particularly left behind. The Church also suffers under these catastrophic conditions. In the year under review, we received 1,307 requests for aid from the American subcontinent, most of them from Venezuela and Brazil.

Our funding volume for Latin America totalled 9.94 million euros in 2019. Naturally, this aid cannot solve all the political and social problems on the continent. But it can help relieve the needs of the Church and give new hope to the faithful. Whether through our support for the training of priests and religious or through building grants and material aid, whether religious literature or new vehicles – with every aid project, local churches reinforce the power of faith in their parishes and with it, the faithful’s courage to face life.