The region of Asia and Oceania covers a vast area, characterised by the most diverse peoples, religions, climatic conditions and social challenges. Climate change, in particular, is taking its toll here in many places, as evidenced by more natural disasters, greater crop losses and a further increase in poverty and rural exodus. The Christian Church suffers in large parts of the region, mainly due to its minority status. ACN helps local churches fulfil their diverse tasks and supports them in organising and maintaining their infrastructure and training their pastoral workers and staff. 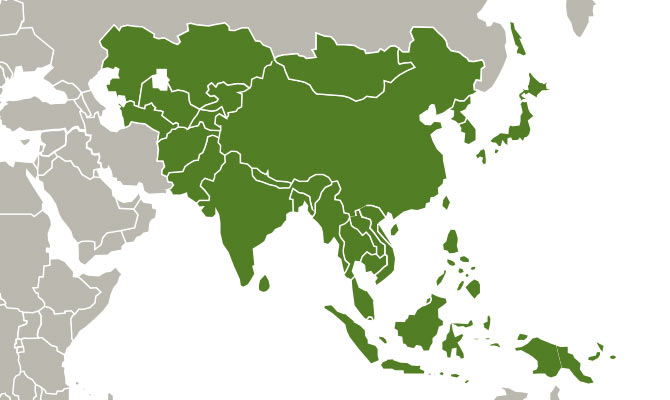 Muslims, Hindus and Buddhists form the major faith communities in Asia. Christians have always been in the minority and often suffer from discrimination and disadvantages. Take India, for example: here it is primarily nationalist Hindu groups that make life difficult for Christians. Even violent attacks on Christian parishes or believers are not uncommon. In the former Soviet republics of Central Asia, on the other hand, the Church still struggles today with the reconstruction of ecclesiastical structures after the collapse of communism.

Faith holds families together and offers a foothold to those who have been uprooted.

But the increasing disintegration of families and the uprooting and disorientation of young people are also making the tasks of the Church in Asia and Oceania more difficult. For this reason, many local churches increasingly focus on pastoral care activities for families and youth. ACN supports them in this endeavour, and also in initiatives that serve the interfaith dialogue. In addition, we support the construction and renovation of church buildings, the training of priests, religious and the laity, the provision of catechetical materials and the purchase of vehicles for pastoral care.