In 2019, Africa set a sad record for the second time in a row. It is the continent with the highest number of murdered priests, religious and church workers. The mounting number of kidnappings and the increasing spread of Islamist terror are also alarming. The increase in violence was particularly dramatic in Burkina Faso. Christians are under increasing strain in many parts of Africa. Where they form a minority, they are discriminated against, persecuted and driven away. Therefore, the “land of the Sahara” was a priority region for ACN in 2019. 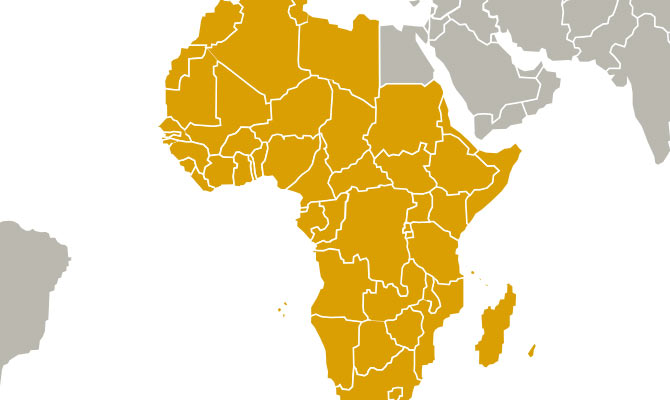 Despite the often catastrophic situation, Africa continues to be a continent of hope for the Catholic Church. With a total of 234 million Catholics, more than one-sixth of all Catholics worldwide live there. Every ninth priest and every fourth seminarian in the world is African. In times of famine, violence and political instability, it is always the Church that stands by the side of the population – and provides assistance where states fail. That is why our foundation views its task in supporting the African Church, not only in its pastoral mission, but also in its social and humanitarian commitment.

With 234 million Catholics, Africa continues to be a continent of hope for the Church.

ACN’s main focus in Africa is the education and training of priests, religious and the laity. High on our list of priorities is also supporting initiatives that strengthen and protect families in crisis and conflict situations. We also help parishes purchase off-road vehicles so that pastoral workers can reach people living in remote areas or under the most difficult road conditions. Further aid is being provided for the construction of churches and chapels, which are a source of identity, especially in areas with a Catholic minority.